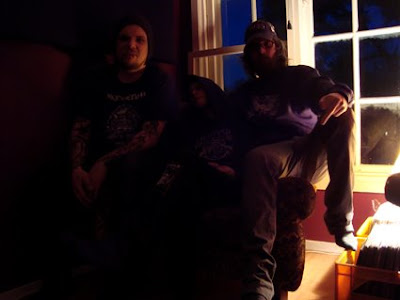 The future of the band has been uncertain since last year, but now we're back in business.
On thuesday night Per took the train from Gothenburg to Östersund and arrived early wednesday morning. We began recording the same afternoon, but only did guitars on 4 of the tracks before we made an somewhat early night. Today we managed to finish the first guitar around 11pm, but we had 13 songs to go which seemed like endless work. No inspiration what so ever, sick and tired of everything. So we took a dinner break around 3 and had some pizza. That gave us new powers and five tracks was recorded in a "pisskvart". Bojacka!

11 hours passed by and we're done with the first guitar and added the second guitar on 6 of the total 17. Most of the tracks will end up on our new LP. This time, the sound will have a more crunchier and distorted feeling to it. Think like a mix between Disclose and Totalitär.
Also, when these tracks are done (except for vocals) we will record another 10 tracks at another studio. Drums are already recorded, so we only need to come up with a couple of chords for them... Two labels have shown intrest in releasing something, and it looks like the tracks will be for a split 7" with an american band and 7" of our own. More info about that later. 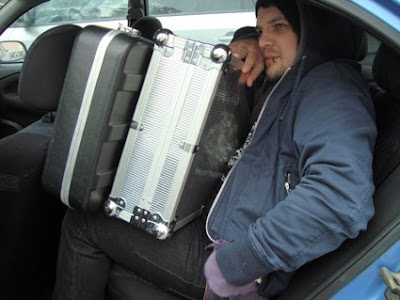 Jocke in backseat of the car, on the way to the studio. 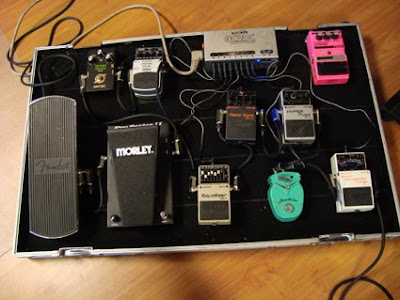 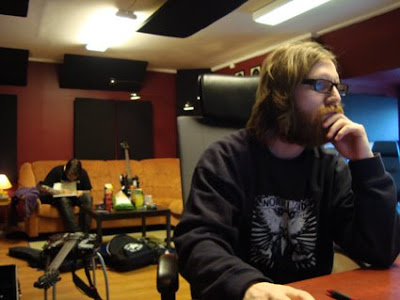 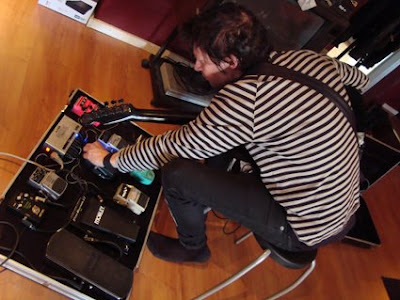 Per is making some noise. 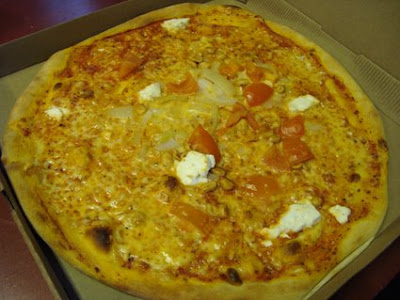 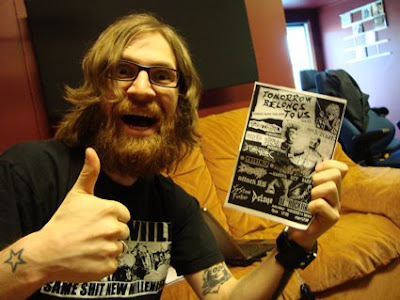 Sylen got two letters from friends in Japan. The happiest moment all day... Taking a short break in all madness. 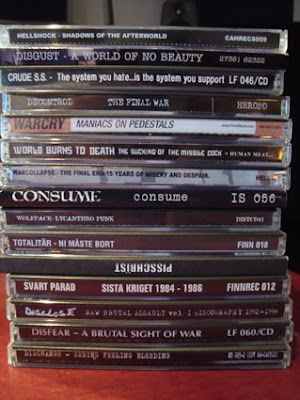 Inspiration for total d-beat mayhem destruction.
Posted by D-takt & Råpunk at 11:32 AM