Today was a really good day beside that there was no vocals recorded. All music is all done, except the guitar solo parts that we will take care of on monday since the studio is booked tomorrow and sunday by another band. As usual the lyrics was not done when it was time to record the vocals. It would have been great to make the process short this time and not like the other recording sessions that's been taken 8-14 months to be finished and released. But it seems like we will follow the same old paths... 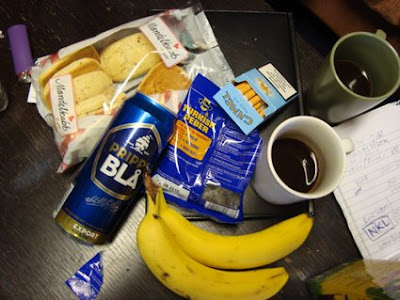 We're almost done with the second guitar and now we're having "kärringfika". So far so good. 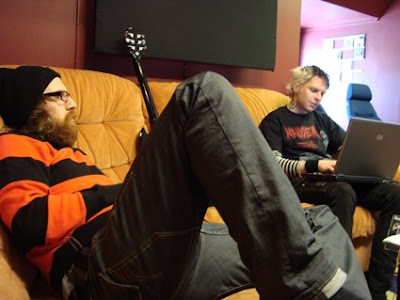 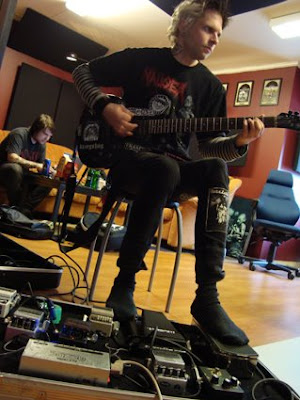 Per recording the last chords on guitar nr three. We used three pedals at the same time. Pure fucking Disclose style! When Per was having a beer Sylen played the guitar so there wouldn't be any gap in the recording. All three guitars have different sounds and we are really satisfied with the result. 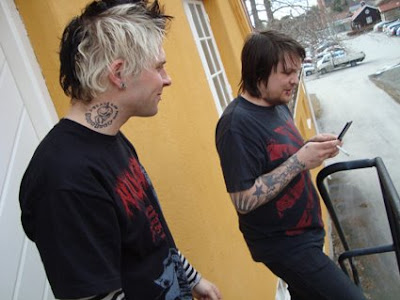 Yet another break before murder bass takes. Jockes cellphone was glued to his hand all day/night. 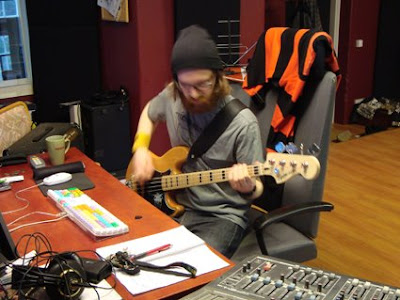 Sylen press rec and play the bass at the same time. All bass was over in only two hours. We recorded two channels on all songs, one distorted like hell and one clean line (80 hardcore sound). Per played the bass on most of the songs cause Sylen had to track down the long lost records (Moderat Likvidation 12", Tortyr 12" and Warvictims 7"). Per plays just like Rainy. 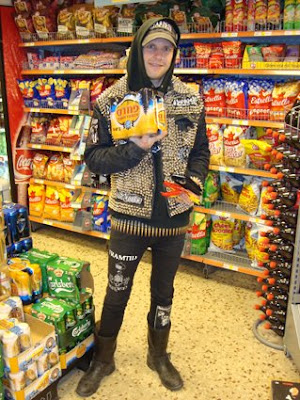 Per in a candystore. Dinner time before vocals. 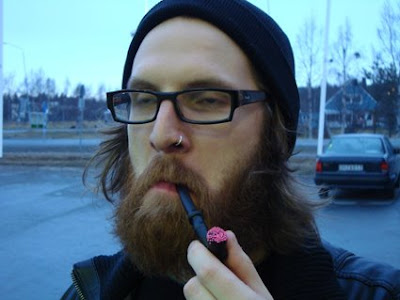 Sylen lights a "pipa" after having a "kööörv-mosbricka" at statoil. 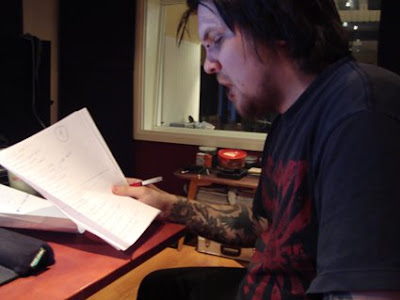 Final touch with the lyrics. But that was about all... Meanwhile Sylen and Per is working around the clock Jocke have more important things to do then hanging out in the studio and finish this recording. To bad cause we was excited to hear some vocals this night. Jocke have done a good job with writing all the warpoems.