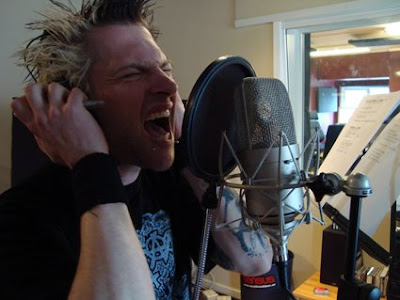 Fetebob screaming his guts out. 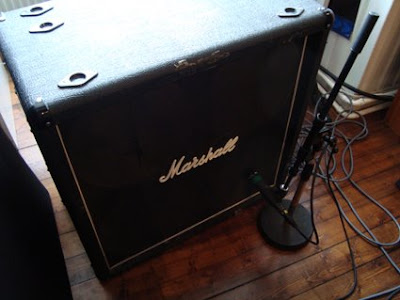 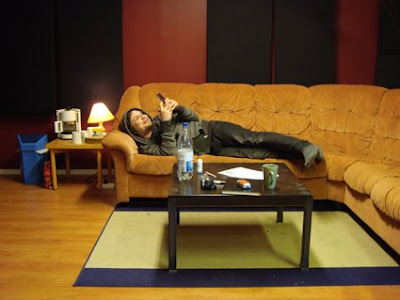 Jocke and his famous cellphone. Can't live without it. Seems like he's got a very funny message. 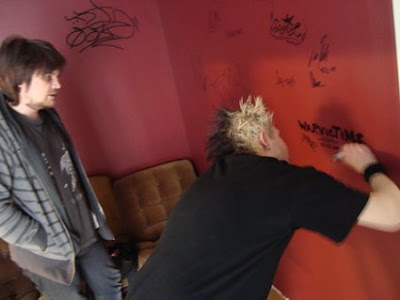 Jocke and Per signing the wall of fame at Empire Studio.

Now we're almost done with the latest recordings and we're very pleased with the result. After doing some guitarsolos and screaming, Per went back to Gothenburg yesterday, so his "work" is done for this time.

We ended up with 27 tracks all in all. The first recording session (17 of the tracks) is almost completed. The only thing missing are the vocals from Jocke SS, after that we're gonna start mixing them.

On the other 10 tracks only the vocal parts are missing, but that should probably be done in a couple of weeks. When the mixing is finished we're gonna start searching for a label who wanna release a LP with about half of the 27 tracks. But hopefully that won't be a problem. If you, or someone you know is up for it, contact us! (skitliv666@gmail.com).