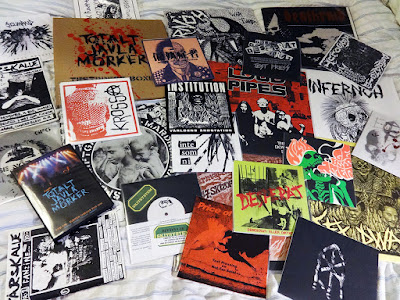 Check the list HERE! Good luck and thanks in advance, feel free to just mail if you have questions regarding any of the auctions.
Posted by D-takt & Råpunk at 12:40 PM No comments: 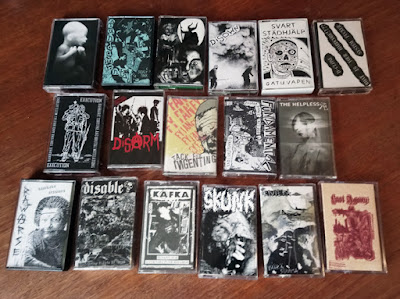 Found a box of mixed new and unplayed cassettes, which I apparently have an extra of. No need for that. One of each so first come, first served. NO holds! All sold cassette tapes are removed from the list. 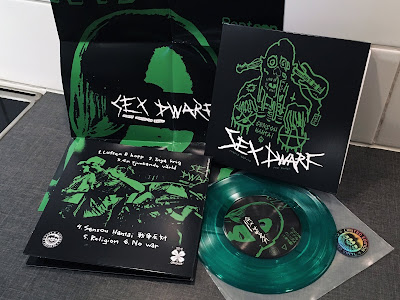 It's been a long time coming, but now it's finally here. Recorded during Sex Dwarfs Japan tour 2018 in the notorious LM studio (Osaka) by Ippei Suda. Cover artwork by Jacky Crust War.
700 total press (200 copies on green vinyl) with gatefold cover. Poster included with the limited version to the first 50 orders. Distros get in touch for w/s. Co-release with Konton Crasher (US). 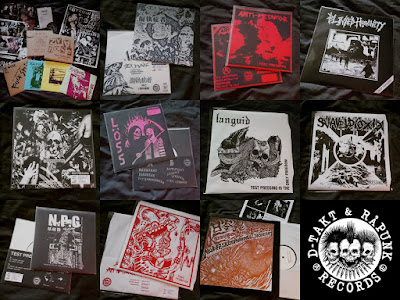 We'll sell all test presses (w/ alternate cover) that we have and can find. We start with the ones close at hand. First come, first served. No holds. Only those listed below are still available, the rest are sold. Order: dbeatrawpunk@gmail.com