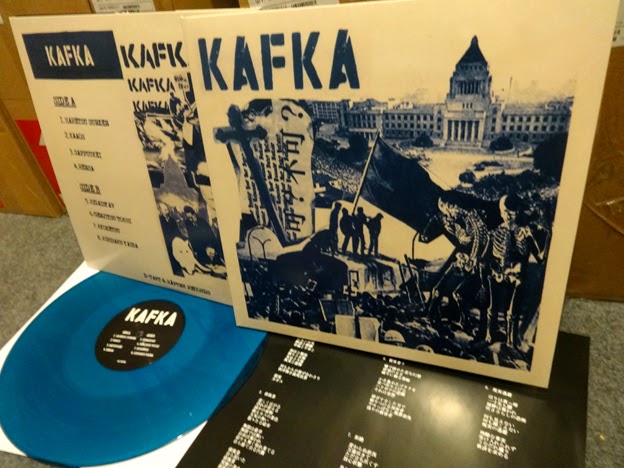 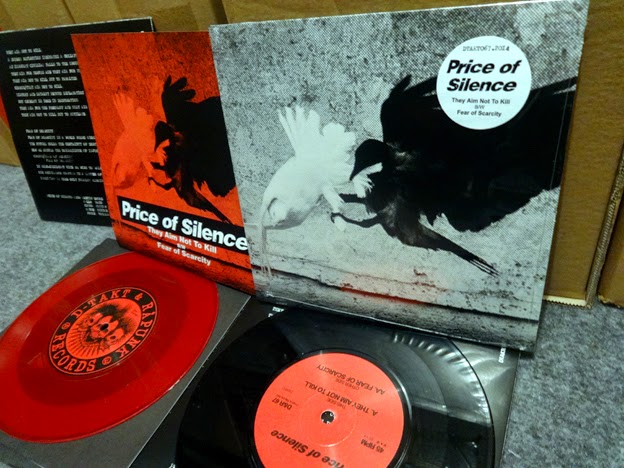 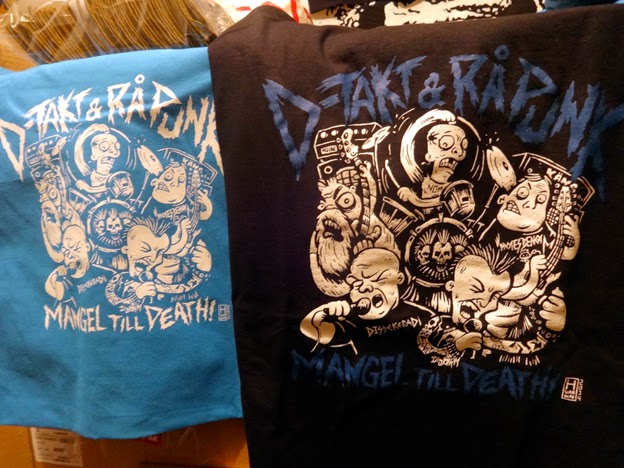 Stuart at No Rules Printing (U.K.) was one of the first to contact me after the flood. He himself had been through the same thing in 2006 so he could relate to my situation. He offered on the spot to print 50 shirts at his expense. At the same time a good friend in Australia (read Yeap) asked me what he could do to help. So I killed two birds with one stone! Here's the result. Exclusive art by Yeap the Human Warhead. All the profits will go to rebuild the label.

These are also my two first release since the flood. I have used some of the money that people have contributed to afford it. These two vinyls is as much your release as it's D&R. Thank you! I have more vinyls in the pipeline, but I have to sell some of these two and save more money first. My "savings" is completely all gone and I have to start from zero and nothing again. It will probably take at least a year before I'm completely restored and 100% on track again. But with your help and support the past 6 month this is no longer an impossibility. It's thanks to you that this label will survive.

We printed some new radical merch for upcoming gigs. If you are going to either of our shows in Borlänge or Göteborg (click links for further info) this upcoming weekend you can buy it directly from us. No need to pay expensive postage costs. For the rest of you:

Plus postage. The t-shirts (same design as the L.S., but obviously without the printed arms) are available in S, M, L, XL, XXL. Click on the photo above to see all angles larger/better. 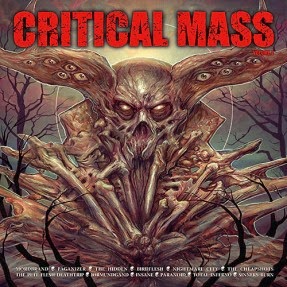 We also have the brand new metal/punk compilation LP "Critical Mass Vol. 2" for sale. 120sek + postage. One new/exclusive Paranoid song! All tracks by all bands is previously unrelased. 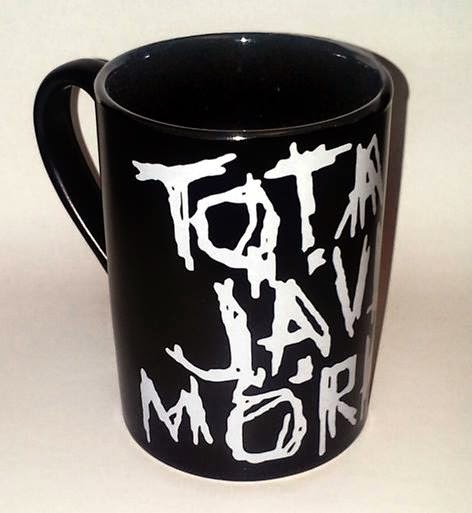 Limited edition Totalt Jävla Mörker coffe cups. Get one while they last, 100sek + postage, click link to buy. D&R dont have any in stock for sale!

Soundtrack:
Tyrant - Reclaim the flame
Posted by D-takt & Råpunk at 9:51 AM No comments: 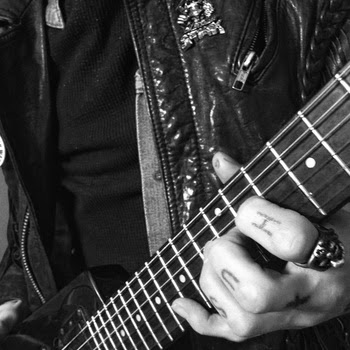 Cover of the month (pt.1) - Into the crypts of Rays


Paranoid have this new project called "Cover of the month" for 2015 which we believe will be both inspiring and rewarding for us as a band and may force us to dare to think outside the box. It's easy to fall into the same rut when doing new riffs/songs after a few years. The project is to record 12 covers of bands that have inspired us in one way or another. Not only in our song writing today, but who influenced and made a great impression on us before we even started with Paranoid. That probably lies in our subconscious anyway.
We'll upload a new cover the first of each month on our YT channel. We also hope to have a few guests from the bands that we're doing covers of to join us in this insane project and that we may make collaborations with people we otherwise would never work with.

Our intention with the first cover was to choose something a bit unexpected. At first we talked about doing 'Outbreak of Evil' by Sodom, then we talked about 'Crucifixion' by Hellhammer. Eventuelly, we settled for Celtic Frost's 'Into the crypts of Rays'. A classic and brutal song from their debut album that derives to a time when it wasn't necessarily as divided into different genres as it is these days. Although some people deny that punks were influenced by the black/thrash metal scene in the very beginning and vice versa, it's a fact that still persists up to this day. Even though we consider ourselves to be a punk band that has the Japanese raw punk and hardcore scene as the greatest source, we're also inspired by other genres and subcultures. As long as it's noisy, raw and intense and feels honest and genuine. Few bands are able to match the early works of Celtic Frost, particularly when it comes to the primitive and raw sound.

The whole "Cover of the month" concept and idea is stolen from the Swedish punk band Sub Alert who did the exact same thing in 2010.
Posted by D-takt & Råpunk at 2:07 AM 1 comment: