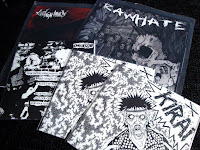 As always we only have a few for sale. Up the weekend punx!
Posted by D-takt & Råpunk at 6:08 AM 1 comment: 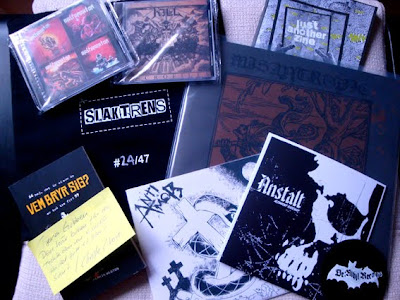 When your surroundings and the world treats you like shit, and you find no joy nor hope, you can always find solace in the punk music and your friends. Thanks!
Posted by D-takt & Råpunk at 9:58 PM 2 comments: 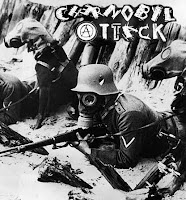 Except Go Filth Go we played the same night as another, for me, a previously unknown band called Chernobyl Attack. You should really check em up! Highly influenced by Gai, Varaus, Confuse and such. Me like!
Posted by D-takt & Råpunk at 5:04 AM 2 comments:

Infused with napalm and awash in horrendous distortion, Electric Funeral scream from the speakers like the blastwave from a thermonuclear explosion. Better known for his other bands (Totalt Jävla Mörker, Warvictims, a dozen others), this is the first time that lifelong D-beat addict Jocke has handled all the instruments alone. The result is a filthy assault of no-frills Scandinavian noisepunk hatred: four tapes, two 7"s and a 12" have been unleashed, with no less than six more vinyl releases forthcoming. "I got tired pestering grown-ups to get them to the rehearsal studio, to play live and tour," sighs the Swede, "so I said, 'Fuck it - do it yourself'. It's very liberating to avoid complying with others' bad taste. I have quite different tastes in music and art, how I look and think about things. The only limit is that I'm not an accomplished musician - I guess it's that feeling my listeners dig".
Whilst the raw sonic approach is common to both D-beat and black metal, the one-man-band aesthetic tends to be most commonly associated with the latter.
"I see many similarities with black metal" enthuses Jocke. "What appeals to me is the raw, primitive and uncompromising attitude; they do their thing and don't care about the rest. I listen a lot to black metal privately, so I get inspired by the genre." Yet with such musical purity, there's always the risk of verging on parody through devotion to form and content - "I hear you!" cackles Jocke. "I often experience the punk scene as a parody of itself - people take themselves so damn seriously. Punk, for me, is about taking control over one's own life, trying to create a better place to live and be inspired. I will never take orders from anyone, and I couldn't care less if people consider me less punk just because I sometimes listen to hip-hop or do puzzles." Hardly a revelation that there's a concerted geekdom here, considering Jocke's record collecting and highly prolific label, D-takt & Råpunk: "D&R rarely press more than 500 copies of our releases. Some titles are sold out in less than two weeks, some take longer. People are more discerning today; they'd love to have 'something more' than just a black vinyl with a xeroxed cover. I've never really understood the digital generation, and that's the main reason why D&R don't have any digital bullshit distribution. My little sister's friends don't even know what vinyl is - how fucked up is that?! I prefer to have as little as possible to do with the internet, and people have difficulty understanding that. I choose vinyl, even noisy tapes, before a crappy mp3 any day. As long as there are geeky record collectors like myself, there'll always be an audience."

Thanks to Chrille who bought me a magazine!
Posted by D-takt & Råpunk at 3:41 AM No comments: 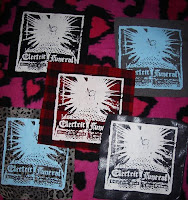 There is many out there who asked me for EF patches or shirts and yesterday I got this link sent by a friend. So interested in buying a patch, click here.

We do not have any shirts in stock and no plans to print any either. But search e-bay and you'll find three designs for $12/each.
Posted by D-takt & Råpunk at 3:37 AM 2 comments: 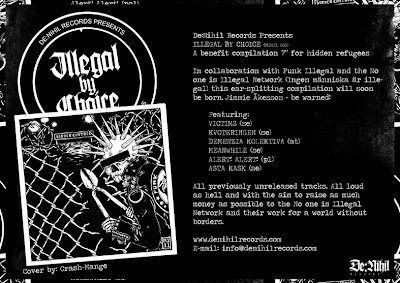 Got back late last night, tired as fuck.
We had a great time, met with both old and new friends, saw great bands, ate good food and worked on our tan.
Thanks to all who facilitated and helped us to have a nice weekend, on behalf of everyone, we hope for a reunion soon again.
Now back to everyday life. I'll take care of all your mails and orders during the next upcoming 1-3 days, please have patience. Thanks!
Posted by D-takt & Råpunk at 4:22 AM No comments: 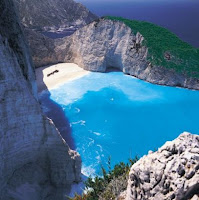 I feel that I really need this break right now. It's been a few hectic weeks, and yesterday I missed Tragedy in Trondheim too. I really wanted to see them, but there was just not enough time. Fuck. 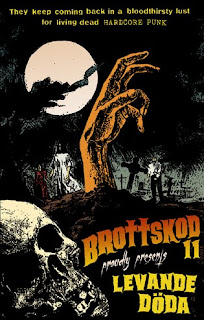 100 copies made, released by Distort The World. Check out BK-11 wordpress for further information. We have also uploaded four tracks from the tape HERE.

25sek + postage.
Act fast cause we have already got lots of orders.
Posted by D-takt & Råpunk at 1:49 PM No comments: 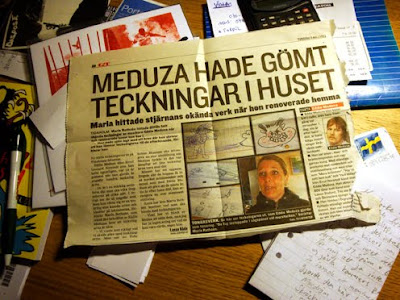 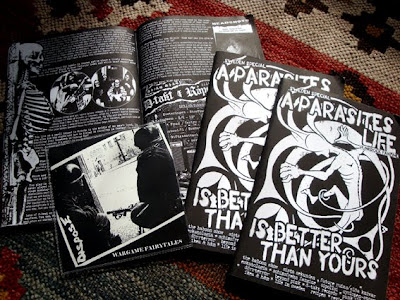 Looki looki what I found when I checked my box today. First up is a split record with my d-beat raw punk friends Dispose from Lule. This time they've teamed up with the punkthrashers Häväistys from Japan. My stereo is busy with other rubbish at the moment, but tonight I will play it loud for my neighbors!

Also got a bunch of the german zine "A Parasites life is better than yours". Tons of reading with nice b/w cut and paste layout. This issue is a swedish special and I've answered a few questions about D&R and Warre. Other bands interviewed are The Baboon Show, Schizofrehn Zine, Sista Sekunden, Slöa Knivar/Future Ruins, Beyond Pink + lot more... Get in touch with Bäppi "parasiteslife(a)googlemail.com" if you wanna order a copy. And you really should.
Posted by D-takt & Råpunk at 1:25 AM No comments:

Malmö has done it again... 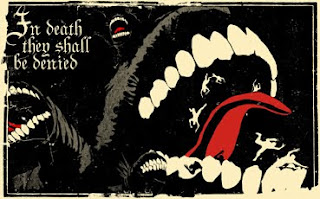 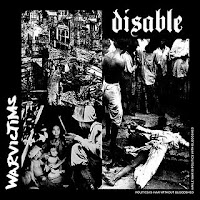 "As we head full-on into May, the old adage of April showers bringing certain fresh-smelling and colourful plants is rudely crushed into the dirt by the heels of bullet-belted crust punks and their manifesto for their gloomier-than-thou outlook on life, herein played by Atlanta, Georgia's DISABLE and Gothenburg, Sweden's WARVICTIMS. This recent split single allows for maximum venting on issues of dirty politics, the gory results of war, and other pleasantries whilst blitzkrieg-style riffs steamroll over an earthquake of drums in tracks like DISABLE's "Enola" and WARVICTIMS "Take Control". Fans of d-beat and hardcore will undoubtedly find their holy grail here and kudos to local lanky punker THE FOAT for bringing this to the masses via his CHARGED//DISTORTED label".

The review is from the Vancouver college radio magazine, Discorder.
Posted by D-takt & Råpunk at 1:11 AM No comments: 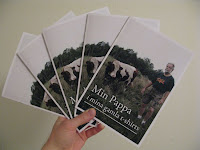 Soundtrack: Morbus Chron - Splendour of disease
Posted by D-takt & Råpunk at 5:14 AM 1 comment: 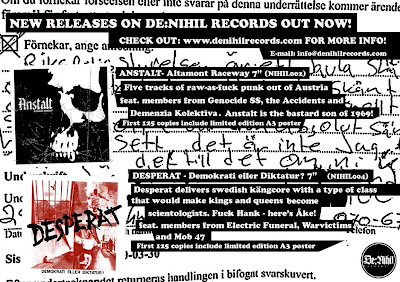 Finally we have Desperat's debut 7" in stock! Not that many though. 30sek + postage. For limited edition or Anstalt 7" get in touch with De:nihil Records.
Posted by D-takt & Råpunk at 12:41 AM No comments:

Return of the living dead

Last night I saw a really good stand-up performance with Carrie Fisher about her childhood to the present. You have just read the headlines through the years but here she gives her own version of the unvarnished truth in a black humorous show. I laughed out loud many times by her accuracy. Definitely worth seeing!
Posted by D-takt & Råpunk at 2:44 AM No comments: 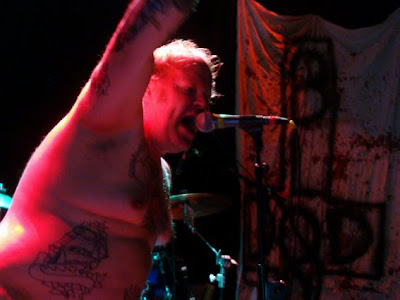 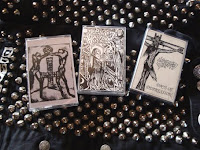 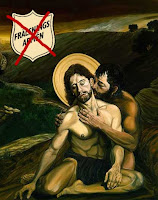 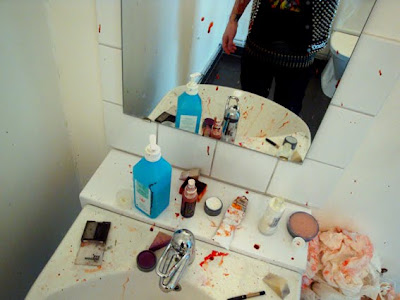 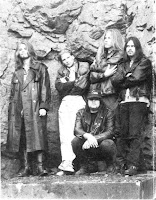 They are going to kill us productions

It's not that easy to impress me, but Joaquin Phoenix,
I'm really impressed! It was a true satisfaction watching you fucking the whole industry. Re-fucking-spect!
Posted by D-takt & Råpunk at 12:43 PM No comments: 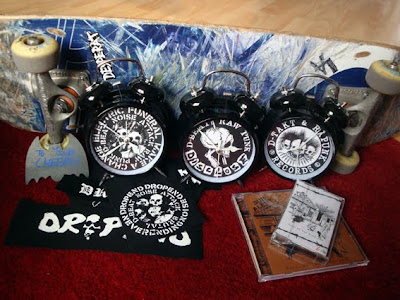 Kenko of Communichaos just
put up a little sample from the upcoming Kvoteringen EP "Storfinansen". Wanna hear the whole song? Click click.
Calle of De:Nihil sent me the final info for the inlay sheet last night so am finishing up the cover art today. It's been a long time coming but hopefully everything will be sent to the pressing plant this week. Btw; I got all of the tracks and trust me, they fukking ripps!
Posted by D-takt & Råpunk at 12:57 AM 1 comment:


Here you have a Desperat sample from the upcoming split 7" (box) with Giftgasattack. It's a song about equal rights and since it's 1 may we decided to upload it today. Have a nice evening!
Posted by D-takt & Råpunk at 11:05 AM 2 comments: