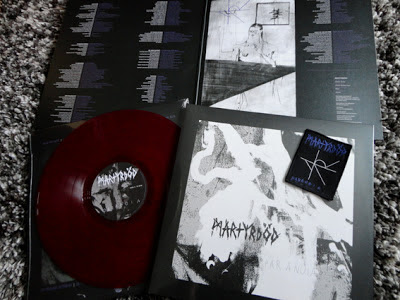 European version with some small changes out now! Martyrdöd Paranoia was originally released by Southern Lord. Great thanks to Greg! This version turned out much better than i hoped. Go ape shit.

The limited edition can only be bought from D&R. With some luck you might be able to find a copy at a show on the upcoming european tour Martyrdöd is doing with Rotten Sound and Enabler later this month. Pre-orders are being taken care of us we speak.
Posted by D-takt & Råpunk at 4:57 AM