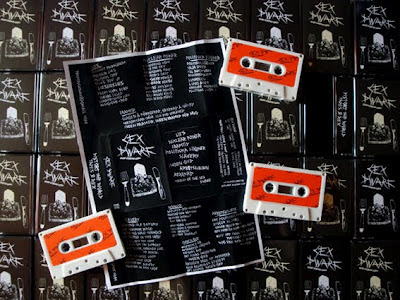 This is their first release, but it was released by the band themselves first. This is an updated version with A4 fold up cover art with all the lyrics. Only 100 copies made. 30sek + postage. Distros get in touch for wholesales!
Posted by D-takt & Råpunk at 12:49 AM