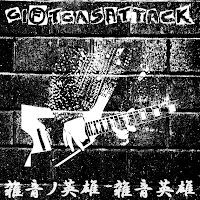 Kvoteringen 7" are a little bit delayed, we'll inform you all as soon as we know more. Larre and Calle of Kvoteringen have started a new label; De:Nihil. First up is the Kvoteringen 7" and a new Nitad 7". Guess that they will release some more rad stuff in the future so give em your support.
Posted by D-takt & Råpunk at 1:26 PM