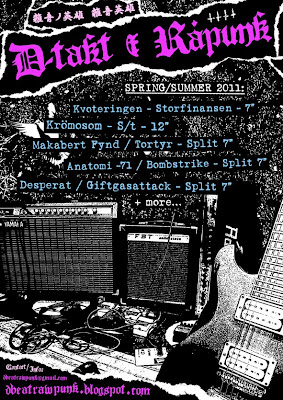 The 3 x split 7" box will hopefully be sent to the pressing plant during this upcoming week. It's just one track from one band left and they are working on it. It's still uncertain who's doing the cover art,
but we are working on it as well and we'll keep you posted as soon as we know more. I think it will be one hell of a box, no doubt!
The box will be released in 200 hand numbered copies with bonus stuff of course. Than there will be 300x single split 7" in case there is someone out there who just wanna have 1-2 of the records and don't wanna buy some artsyfartsy cardboard box.